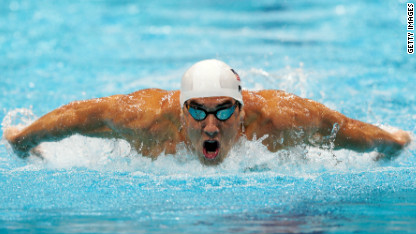 Michael Phelps 27 years old, won six gold and two bronze medals at the Athens Games in 2004, and 8 gold medals at Beijing in 2008. Last night, Phelps won his first ever silver as part of the 400-meter relay team. His medal collection leaves him a two medals away from having the most wins in Olympic history! Micheal is competing in his fourth and final olympics before he retires. He says ” With retirement clear on the horizon, Phelps told Morgan that he’d most like to be remembered for “doing something that nobody else had ever done before, changing the sport of swimming. That’s what I hope to walk out of this sport with”…..AMAZING!