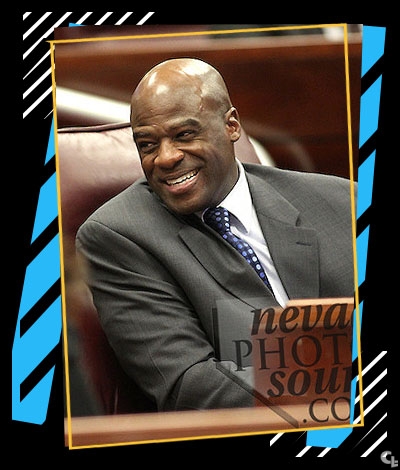 Being Brave has worked it’s way all the way to the Legislator. ” I have a Daughter. I’m Black. I’m Gay” Nevada State Sen. Kelvin Atkinson (Dem. North Las Vegas) Revealed Monday during a legislative debate over a measure to repeal the state’s gay marriage ban. During the debate, many argued that Gay marriage was partially reason that so many heterosexual marriages failed. Interesting seeing that the two have nothing to do with one of the other, why would a gay marriage affect a straight one if the straight one isn’t gay, if anything more heterosexual marriages should fight for their marriages as hard as homosexual’s have been fighting for the right to keep theirs!. After hearing their arguments Adkinson responded to their views by saying” If this hurts your marriage , then your marriage was in trouble in the first place”. True!..To put the failure of your marriage on something other than the fault of the two married is ridiculous!.. The measure passed the Senate by a 12-9 vote, 11 democrats and 1 republican voting in favor to lift ban in the Nevada constitution, if passed by the assembly who has a 27-15 Democratic advantage and both houses again in 2015, the repeal would then be put to voters in 2016.

Great! Amazing for people to stop focusing on who you choose to sleep with and just focus on what’s important! For more on Sen. Kelvin Atkinson of Nevada click link below:
http://www.slate.com/blogs/weigel/2013/04/24/nevada_state_senator_kelvin_atkinson_i_have_a_daughter_i_m_black_i_m_gay.html