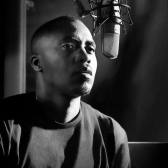 Stanley Young, a now single father of 8 in Washington D.C, has gone through some enormous losses in the last year. After losing his wife after she passed away last year, he became the sole provider of his 8 children, and then recently losing his home to a fire, he had no choice but to relocate to a hotel with his children. Being an unemployed construction worker, With his deadline to leave the hotel being 08/13, with no funds and no place to go, the unexpected happened. Legendary Hip Hop artist Nas was in Washington D.C at the time and came across a news report on ABC 7 discussing Mr. Young’ s situation.” Thank you to ABC for putting this on our radar so we know about this,” said Nas to ABC7’s Jenny Doren in a phone interview from Japan. “We just knew we had to do something, That “something” is now inching towards $50,000 for the eight kids who lost their mother one year ago. Their father, an unemployed construction worker, is desperate for a permanent roof over their heads””I’m grateful to Stanley,’ continued Nas. “He’s the true American dream. A man who would do whatever it takes to take care of his kids. I’m the same way and I just think he’s great , I am also a single father, and we don’t get enough credit in this country….I believe and hope that we should all, as a community, come together to help our fellow American men and women when they need us in desperate situations like this”. Nas Immediately created a Campaign in efforts to help change Mr. Young’s life and help to get him into a more stable environment for his family. Nas Stated of the Campaign “This is real. It is me. I’m putting in $5,000 myself. Never done something like this, but I have faith that our American community can pull together a miracle for this strong family who needs our help right now. If we can get to the $20,000 goal, I’ll put in another $5,000 too.”

Amazing is not a word strong enough! So often Hip Hop gets such a bad rep for their lyrics and the persona people feel its portrays, But not often enough are the positive efforts even exposed! You too can contribute the Campaign for Mr young, by clicking the link it will take you directly to Nas’s site where you can read more about the campaign and contribute as well!

One thought on “LEGENDARY HIP HOP ARTIST NAS ,HELPS TO RAISE $30,000 TO A HOMELESS SINGLE FATHER WITH 8 KIDS…#B.BRAVE”