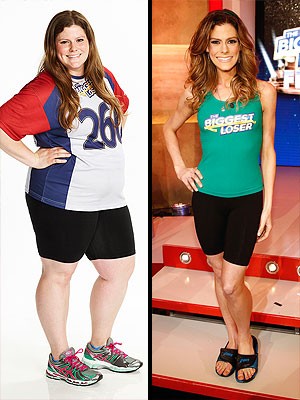 Those are a few of the things, people hear from critiques, and other’s who may even say they love you. And how does that resignate  to the person hearing it all …….YOU ARE NOT GOOD ENOUGH. With every negative thing you hear about your appearance, it slowly but surely tears off little pieces of your self esteem. Suddenly all thing things you have probably already felt about yourself are maximized by people and to you it confirms what you have already felt. YOU ARE NOT GOOD ENOUGH. You will never have that dream career, because most people in corporate who have high positions have to look the part right? In order to be a Model you must be a size 0 with no fat present at all in order to even be considered, only to be told YOU ARE TOO FAT. You will never have that sexy surfer Guy or that Tall dark and handsome super successful man or the incredibly beautiful woman because SHE WOULD NEVER SPEAK TO SOMEONE LIKE ME, IM NOT THEIR TYPE OR IM JUST SIMPLY NOT GOOD ENOUGH. Imagine all the times you have already beaten yourself up and now, at this very moment, the world suddenly has an opinion and confirms the very things that have destroyed you inwardly all this time.

Imagine the feeling  Rachel Frederickson felt as she joined the BIGGEST LOSER’S contest and fought so hard against her own fear& inward battles now in front of the entire world! Now not only do her feelings about her self become real as she strives to be successful at her  personal challenges, w/ trainers, therapist, other contestants etc, to now be open to even more critique from the ENTIRE WORLD. Judgmental people, who have no idea what she’s feeling and what she has over come, to now have to be open to their very own opinions about what she should do , and shouldn’t do, and how she must look to be accepted, even if they themselves will never meet her, will never know her, and probably are sitting at home watching her face every fear she has ever faced and eating a big fat bowl of something unhealthy and living a miserable life, they get to judge her. Their opinions now matter. All the news coverage, bloggers, health junkies, work out pioneers, now all have an opinion…WHY? because she is now an open experiment. We will put you on this platform, give you all this support to help you feel better about yourself, OR better yet….HELP YOU TO BE MORE ACCEPTED AMONGST THE PEOPLE WHO “MATTER” IN SOCIETY.

So now we are here….She has made it…..she PROVED to herself that she could do it, her doubts are no longer existent because she has done it, she beat the odds, she broke barriers, she fought her way from 260 POUNDS TO 105 POUNDS. By what we know and what we say while on the show, HARD WORK, DEDICATION AND SUPPORT.  But now at her moment of GLORY. SHE COMES OUT……..WE ARE SHOCKED…STUNNED, AND COMPLETELY BLOWN AWAY by her results. I admit, when i first saw her pictures, I was like WOW!…..Did i think she looked thin, yes. Did i think she looked like a totally different person …YES…But then I also looked at a Woman. A BEAUTIFUL, INSECURE, INTELLIGENT, YET LOST, WOMAN. Who just like many women, dealt with pain, inadequacy insecurities, fear and unhappiness, who didnt realize that she was beautiful before the weightloss..  So when I saw the JOY, Excitement, and the moment of happiness on her face when she was revealed as the WINNER. I immediately wanted to HUG HER, I WANTED TO SQUEEZE HER, AND TELL HER SHE WAS BEAUTIFUL, SHE WAS WORTHY, AND SHE WAS AMAZING. Not because she was smaller, NO! But because I knew the feeling she must felt, going through this entire process, and I wanted her to know, she was worth it. You see, no matter how much weight she lost, no matter what she may or may not have done to lose it, SHE WON. Many will say how did she win if she looks sick? How did she win if she doesn’t look healthy ? What if she has an eating disorder? I SAY SHE WON. Because she beat herself. What? Yes YOU are your biggest competitor, not the world, its standards, its expectations etc. YOU. So she proved to herself that she could set a goal and achieve it, she could set a goal and be extraordinary. She could prove to herself that against all odds whatever she wanted out of life she was capable of WINNING. Isn’t that amazing! After all the years of pain, hurt and barriers she had developed within her self, God created a door, and gave her a platform TO WIN. To fight for HERSELF. Her INWARD SELF. She showed the world that no matter what you can do it. Out of 7 billion people in this world, she encouraged at least 1 MILLION. Can you imagine that, being a HERO to 1 Million people by fighting for yourself. Incredible. So im proud of her. Im excited for her and her journey because i know that no matter what …..this is only the beginning.

However the WORLD of MEDIA, CRITICS, BLOGGERS etc didn’t see it that way…..Oh no…..The ridicule begins all over again, the bricks came. BUT she was forced to keep a smile and reply with a politically correct, empowering response. “I am extremely proud of the way I lost the weight on the show. I followed the advice and the support of the medical team on ‘The Biggest Loser.’” . Im sure she probably wanting to say something really Awesomely cool like SHUT THE HECK UP YOU BIG STUPID OPINIONATED IDIOTS! ( That’s ok Rachell I said it for you 🙂 . Im not sure people understand what psychological things go on with a person when you tear them down. One thing I do know, is When you are on a mission you work hard, you have something to prove, is it possible to go over board, perhaps, but its a balance. NO one dictates that for you. Eating Disorders are extremely serious and to accuse someone of that is despicable. Eating Disorders go both ways….Obesity is a disorder as well( Over eating is a disorder) Just as being Under weight is. The problem is people are very uneducated when it comes to diagnosing a person’s “presumed issue” with no facts. Do you know people can be bulimic and not look too skinny? What about the many publications that suggest being thin is the only way to be beautiful, or become a model or anything in Hollywood? Look at your top magazines, whats on the cover’s? Your biggest celebrities? Your child’s role models? Its all around us. Society suggest being thin is RIGHT. So is it a little uncommon for a person to become overly obsessed with working out and being “Healthy”?. Truth is , it is not enough to look at a person outwardly to suggest they have a problem, whether they are heavier or thin. Not all Big people are unhealthy and NOT all Skinny people or Slim are healthy.

Things to keep in Mind

6 thoughts on “When is “What is Healthy Debatable”? She is The Biggest Loser’s Latest Success Story So Why The Controversy : Rachel Frederickson Speaks Out!”