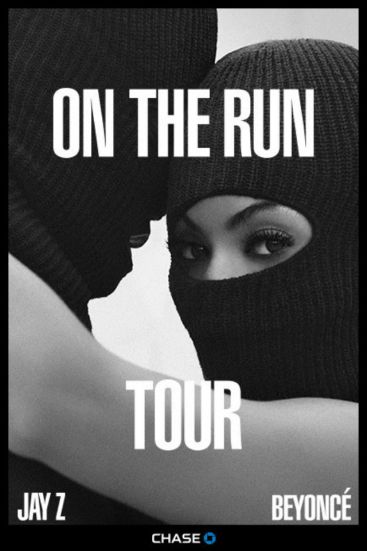 NOW we all can be super excited about the new upcoming tour between MUSICAL PIONEERS/TRAILBLAZERS JAY Z & BEYONCE!  Many attended QUEEN BEY’S sold out Mrs. Carter Tour and could NOT get enough!! So when it was announced this morning that she would indeed be touring again and with JAY , It became MORNING NEWS!! JAY Z who recently wrapped up his tour, and is currently working on his MADE IN AMERICA MUSIC FESTIVAL for the city of L.A, has been super busy as of late as well. The two moguls

will be touring beginning June 25 and end tour on August 5 wrapping in San Francisco!!! See dates below!!!! I know I will be attending!!

2 thoughts on “JAY Z & QUEEN BEY WILL BE TOURING TOGETHER! “ON THE RUN””