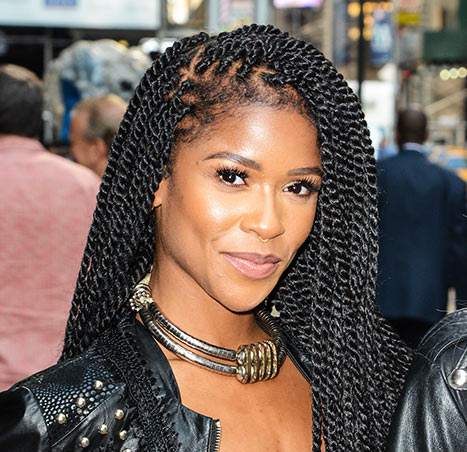 ALL of the things surface level wise would be heard at any given moment, on any given picture, social media site, or random conversation, however non of those things describe who she really is, or was since we are speaking in current sense. We all have been guilty of it, spotting the negative, or vain things out first before acknowledging if they meet the current approval of social standards. Contrary we think this is all there is, or we know its not but would rather it be because those are the only things that seem to matter. I wonder how many moments passed where she felt inadequate, broken, sad, unworthy or just plan NOT ENOUGH. I wonder how many nights she cried herself to sleep wishing someone just understood or got it?

How many times she had to endure the constant comparisons to her bandmates in physical sense , or even within her own culture who often plague each other with the you are not black enough due to type of music you prefer or the way you dress or even where you live? How many secret battles did she have to fight alone. Sure Im sure she had family, friends and other loved ones who would have been there had she just said something right? But that’s the thing, there is something so deep inside you that doesn’t want to , and another part that just simply wishes you didn’t have to. I mean lets be honest with so many people around you would think someone would just know something isn’t right, or maybe it was so normal to be in the state you are  in and  it becomes just who you are or at least appear that way.

Simone was 25 years old, beautiful talented and on her way to grand success, but there was something else that may have been a bigger burden than any would have known. Secret battle with depression. Yes we can say get help, reach out to someone, but what if they cant, or dont, or are too ashamed to? We should know, we should pay attention to signs, the things they say the inconsistent mood changes, the emotional periods that seem to linger longer than usual. We should look into their soul, through their eyes and know. You see like many others, Simone didn’t know she was more than a blog post, social media picture, more than who she dates, or what religion she belongs to, she was more than the xfactor singer that didn’t “Win” and more than a member of a Group. You see somewhere along the way we missed the opportunity to show her she was loved not for what she can do or bring to our lives but for who she was inside, and in return, she hid her fears, and feelings because anything deeper than surface level she didn’t trust us with . Fearing Judgement, lack of understanding and validation holds many of us in a prison many will never understand, because we are now a society that only possess surface level superficial depth. We fail at the basics. Loving people genuinely, supporting without the need of reciprocation and pure kindness and compassion for human kind. We have lost so many and sadly we will continue to lose more if we do not take heed and look beyond our own surface level needs & wants. Depression is real, and it affects more than we even want to acknowledge. We instead push it aside and ignore that it exist and in return we lose some incredible beings. Simone will Never see this post, nor will she ever see the outpour of love people send because she is no longer with us. We all have a responsibility to uplift and be a light on every person we encounter in life. Smile More, Give Compliments, Hugs, send thinking of you text and expect nothing in return. Just do it. You never know who’s life you will save in that moment. You never know who truly just needs to hear that they matter. To All my Simone’s out there, I’m here, I’m listening, we will get through this together, YOU matter, YOU are ENOUGH just as you are! I love you all genuinely!!