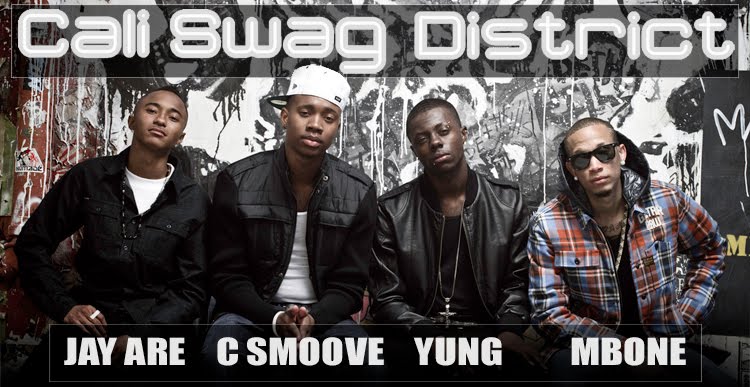 Many are familiar with the group that took the summer by storm in 2010 CALI SWAG DISTRICT“. Hitting the radio waves with the catchy tune ” TEACH ME HOW TO DOUGIE”  and then taking it even further with the incredible remix featuring The original DOUGIE master himself,  DOUGIE FRESH they shot to stardom after being Discovered by DEATH ROW RECORDS artists Big Wy and Darrod Potts. Although the single broke airwaves , it also had a little controversy due to the fact that DALLAS Artist D WILL had too released a song of similar nature entitled” MY DOUGIE” a year or so prior. However this did not stop the group from taking over the club scenes, party scenes, commercial scenes or award shows. They quickly became a  fan favorite. With fresh looks, edgy personalities and the ability to outdance many , they won the girls hearts. The release of their much-anticipated album KICK BACK was released through capitol records and after END_OF_DOCUMENT_TOKEN_TO_BE_REPLACED