I am so excited to Announce the RE RELEASE of my Original Documentary released originally Last year ” Revealed“. This film really allowed me to dig deep and embrace the different yet very simular characteristics many of us face or have faced in life. This experience was truly one of the most amazing experiences I’ve ever experienced, and I am so excited that the reviews had been incredible. Being featured on DOCUMENTARY TV, countless media outlets, and interviews surrounding the film made me realize that I am able to do incredible things by using my voice and sharing not only my struggles and how I overcame,  but also encouraging others to do the same.  In August END_OF_DOCUMENT_TOKEN_TO_BE_REPLACED 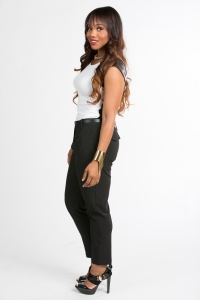 I will never forget being at a place in my life where I was simply trying to find myself. Full of hurt and just plain lost. And I also remember not having any one to fully understand where I was coming from, I mean trying to make sense of the vision God had given me, and still trying to find myself , without people  judging or trying to figure out HOW I GOT MYSELF IN THE MESS I was in, all while saying IT COULDN’T BE POSSIBLE FOR GOD TO WANT ME TO FOLLOW THE VISION I HAD. I mean especially NOT in the church. The people who understood me where no part of church let alone any sort of religious beliefs, so of course you feel more at “Home” sort of say. But Coincidentally I ended up in a worst condition, mentally spiritually, & emotionally it became too much. OR AT least I thought. I eventually found that listening to unbiased, genuine, inspirational speakers helped me, not necessarily religious because I am not religious but I am indeed spiritually connected to God.  Oh how I wish I would have had my very own Sarah around then. 6 years later there is a woman I discover on instagram. She is beautiful, spiritual, an entrepreneur and GET THIS I absolutely  adore Bishop T.D Jakes , so when i realized the Jakes in her last name ACTUALLY WAS THE JAKES I ADORED. IT was Heaven on earth for me! 🙂 . I had to follow her. Then I realized END_OF_DOCUMENT_TOKEN_TO_BE_REPLACED

What does what you wear in/on your head have to do with where you worship based on your faith? Well according to Pastor A.J Aamir from Texas , Alot. According to his stance he says” Our black women are getting weaves trying to be something and someone they are not. Be real with yourself is all I’m saying” said Pastor Aamir. Then he goes on to Say” “Long hair don’t care. What kind of mess is that? I don’t want my members so focused on what’s on their heads and not END_OF_DOCUMENT_TOKEN_TO_BE_REPLACED

Snoop Dogg announced Monday that he’s burying his name and his rap  career,  because of a religious experience  he had with Rastafari, an Afrocentric religion with origins in Jamaica. Snoop wants to be called “Snoop Lion” plus  instead of rapping on his latest album now he’ll be singing reggae!

Now i know I’m not the only one who was SHOCKED when i heard this. But in a Good way!.. Maybe because I’m all about Artist and Reinventing Themselves, I know the importance of it because you have to be a a creative spirit in order to create new Music! So I’m Actually Pretty Excited about what this transformation will Be!…Plus…Being that Jamaicans LOVE ganja I’m sure the transformation wont be a totally difficult one! :)…J/K…..Now According to Snoop  “I want to bury Snoop Dogg and become Snoop Lion,” he said at a Monday press conference. “I didn’t know that until I went to the temple, where the high priest asked me what my name was, and I said, ‘Snoop Dogg.’ And he looked me in my eyes and said, ‘No more. You are the light; you are the lion.’ From that moment on,” Snoop said, “it’s like I had started to understand why I was there.”

Snoop  has a new single, “La la la,” and a documentary “Reincarnated,” which follows his recent trip to Jamaica and chronicles his conversion experience. It debuts at the Toronto Film Festival next month!

The Rastafari movement began in Jamaica in 1930 and quickly spread.

“It’s an Afrocentric faith that… focuses on the return to Africa of its members,” says Richard Salter, a religious studies scholar from Hobart and William Smith Colleges in New York who studies the movement. “Sometimes that return is a return in body, actually going back to Ethiopia, and sometimes it’s more of a spiritual return.” Nathaniel Murrell, a religion professor at the University of North Carolina Wilmington, said the movement Rastafari grows out of the Judeo-Christian tradition and out of the colonial experience. He says Jamaicans oppressed by colonial overlords saw the new faith as a means of liberation. A key belief for Rastas is the notion of death to all white and black oppressors; the religion embodies a theological push for equality on all levels

Rastas believe in God and use the term Jah, shorthand for Jehovah, a name for God that is common in the Jewish scriptures. Many Rastas see Halie Selassie I – the longest serving emperor of Ethiopia, who died in the 1970s – as a Christ-like figure.Experts point to a wide diversity in the faith but say there are six key groups of Rastas, called mansions, that would be similar to denominations in other faiths. Rastas hate “isms” and “ians” because of the value they place on all individuals. As a result, Rastas prefer the term Rastafari as opposed to Rastafarian or Rastafarianism to describe the movement.

Noel Leo Erskine, a professor of theology and ethics at Emory University in Atlanta, says it’s nearly impossible to gauge how many people call themselves Rastas because there are no formal churches or membership structures and no hierarchy.

The most common outward expressions of Rastafari are Rastas’ dreadlocks, penchant for smoking marijuana and vegetarian diets.

Rastas read the Bible and several other religious texts, though because the movement is so diverse there is no single canon.

Lifestyle choices are important for Rastas. Allowing one’s hair to grow into long, matted dreadlocks serves as a reminder to practitioners that they have made a covenant to live naturally, Salter said.

Marijuana smoking is seen as sacramental to Rastas, who believe it brings clarity and strength (more on that below).

Another central practice is something called “reasoning.” Rastas get together and smoke and have a “reasoning” session in which they hash out important spiritual ideas.

The practice of vegetarianism comes from Rastas “ital lifestyle” short, for vital, and according to Salter is intended to promote life in all its forms.