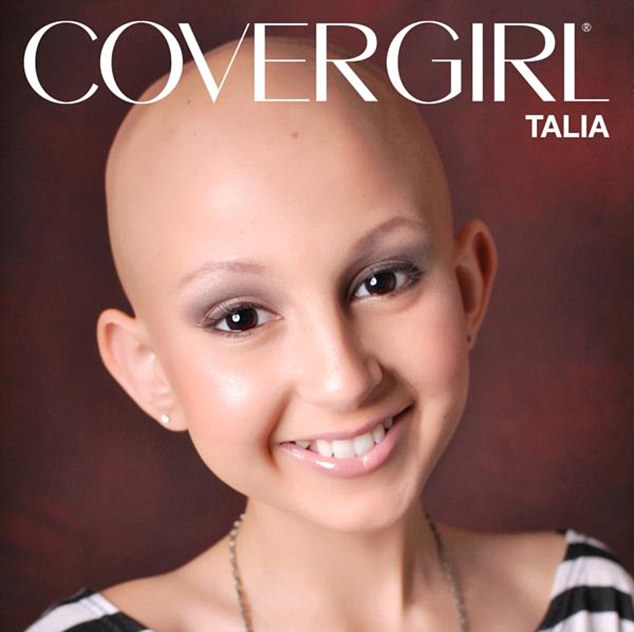 It is very rare to find such an inspirational, ambitious young lady who has touched our hearts in such a positive way! Talia Joy Castellano became a sensation on you tube by broadcasting her love for make up and creative techniques, eventually gaining over a million views, becoming a regular guest on the Ellen DeGeneres Show and Ultimately being named An Official Honorary Cover Girl. Talia revealed last year that at the age of 7 in 2007 she had been informed that she had Neuroblastoma (Neuroblastoma is a tumor of the sympathetic nervous system, which is responsible for “fight or flight” responses. It is composed of very primitive cells called neuroblasts similar to those found in the developing nervous system of a baby in utero and the 3rd most common cancer in children and affects 650 to 750 children in the united states yearly. In 2008 she had also developed Leukemia which is cancer of the blood cells that starts in the Bone Marrow. Last year The Brave Heart Made the decision to no longer receive treatment or a Bone marrow transplant, due to after years of remission, the cancer would eventually come back and spread to other parts of her body , she decided she would just rather spend her time enjoying the days she had left. She continued to film tutorials on youtube, and make guest appearances. Last year She was told she had minimum 4 months and max 12 months to live, But this did not detour her from living her dreams , she explained in one of her videos: ‘I’ve gotten so many benefits from [cancer] ‘Having a YouTube channel, [inspiring] people and having people look up to me . . . the journey of having cancer was amazing. But every journey has an end.’.

What an amazing Young Lady!! Her journey should be an inspiration to everyone, no matter what you face in life! No matter how short of time or how long of time you have you can still leave a legacy and inspire others. Amazing!