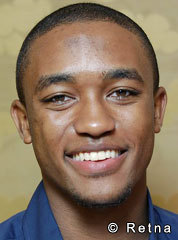 Sad News today for all Disney Fans who grew up in the era of Famous Jett Jackson on Disney! Mostly all the young girl had huge crushes on “Jett” Real Name Lee Thompson Young! He was smart, charismatic and had the most beautiful eyes we had ever seen! Young went on as an adult to star in the film “Friday Night Lights” and the series “Rizzoli & Isles. Paul Baruch who was young’s manager said of the Actor, “Lee was more than just a brilliant young actor, he was a wonderful and gentle soul who will be truly missed. We ask that you please respect the privacy of his family and friends as this very difficult time. His body was found at his North Hollywood home by police Monday morning after he failed to show up for work on TNT’s crime drama “Rizzoli & Isles,” police Officer Sally Madera said. The Los Angeles Fire Department was summoned and pronounced him dead at the scene, she said. LAPD robbery-homicide detectives and the Los Angeles County coroner office were investigating because it is a high-profile death, she said. But no other details were given.

In the TNT series, Young played fledgling police Detective Barry Frost, who’s computer savvy but squeamish. Earlier Monday, the channel announced it was renewing the series that stars Angie Harmon and Sasha Alexander. “We are beyond heartbroken at the loss of this sweet, gentle, good-hearted, intelligent man. Lee will be cherished and remembered by all who knew and loved him, both on- and off screen, for his positive energy, infectious smile and soulful grace,” TNT, studio Warner Bros. and series producer Janet Tamaro said in a joint statement..

This is Beyond sad! So much goes on behind the scenes that people have no idea about, one thing is for sure, no amount of publicity or wealth can truly guarantee happiness.! My prayers are with the family at this difficult time!